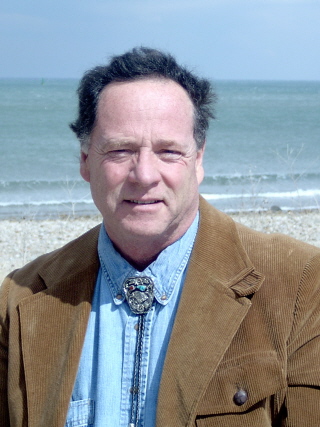 In the spring of 1981, while Ken Brynildsen searched for full-time employment, his wife, Linda, a stay-at-home mom for their two young children, decided to help. At the birth of each of their children, Linda had drawn their names in an original cartoon form. The personalized artwork proved popular with their friends who requested name drawings for their own children. Linda felt that drawing children’s names in her unique cartoon form would prove commercially successful. She bought mats, frames, pens and markers, and while Ken built a portable display, Linda signed up for her first local craft shows.

Her product, which they named Inklings, proved successful. That same year Ken landed a position with IBM as a writer and editor. With Ken’s salary supporting them, Linda was able to expand their new business. Their show schedule became more ambitious, and soon they were exhibiting at shows throughout the northeast. In addition to show sales, customers began ordering names by mail and phone, not only for their own children, but as gifts for others. Ken and Linda found themselves shipping Inklings all over the country. Recipients, thrilled with the whimsical designs, ordered them for their own friends and families. By the mid-80’s, Linda found herself in need of a fulltime partner.

In 1988, IBM announced its first downsizing program. The timing was perfect. Linda needed help, and recognizing the potential in their fledgling business, Ken left the corporate world to join his wife as a full-time partner. They doubled their show schedule, which, in turn, expanded the size of their mail-order business.

In 1992, Ken and Linda realized a dream they’d had throughout their entire married life. They bought their own home on Cape Cod, developed a busy show schedule, and shipped Inklings to customers around the country.

The business progressed without incident until 1999. Late that year, Linda was diagnosed with Lou Gehrig’s disease. Her difficult and inspiring struggle came to an end in January, 2001

Ken continues to run the business using Linda’s original hand-drawn designs and now services a second generation of Inkling customers. Parents who received Inklings as newborns are now ordering them for their own children. In addition to meeting the demands of individual customers and families, many of whom have now been ordering Inklings for more than 20 years, the business also serves commercial customers. Those customers have discovered that these unique creations make wonderful good-will gifts for their customers and employees as well as for their own families.